Awesome, Terrible, and the Meaning of It All 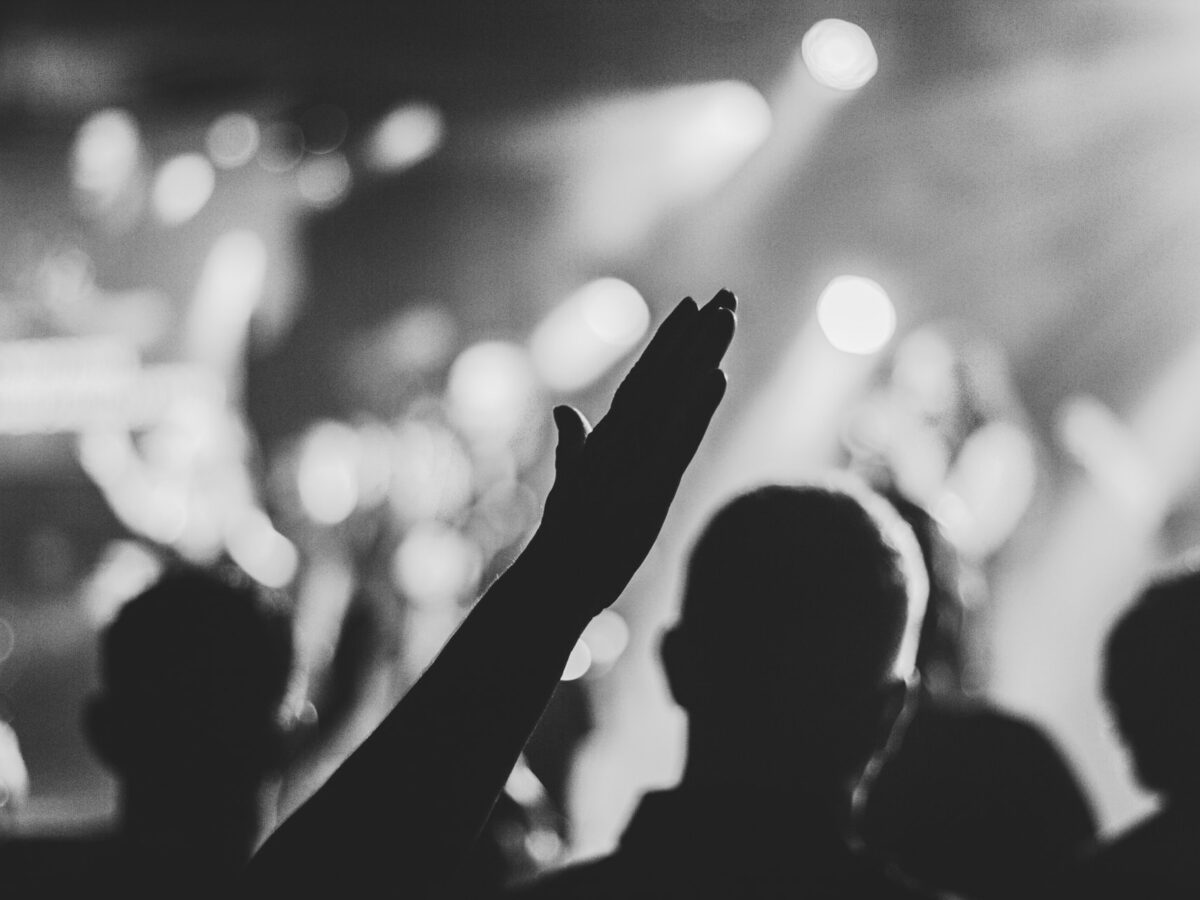 Over the last few weeks, I’ve been in the middle of reading Romans 9, 10, and 11 during our “Bible time” with my family. We read a little bit each morning and just talk through what we have read as we eat our cereal, or in the case of some of my kids, last night’s pizza or pasta…yummm…???

As we’ve read some of these passages and discussed them, I’ve found myself wondering: Have I been paying attention to what the scriptures say as I’ve read them previously?

And so then I began wondering further: Am I the only one who hasn’t been paying attention to what these scriptures say? Or are there a lot of people sort of reading lightly and skipping over it?

Or is this just the nature of reading the Word of God, that we continue to see new things along the way?

Alright, so enough of the preamble. Let’s get to it in Romans 9. Paul starts the first section worried about the Israelites. He says:

I speak the truth in Christ—I am not lying, my conscience confirms it through the Holy Spirit— I have great sorrow and unceasing anguish in my heart. For I could wish that I myself were cursed and cut off from Christ for the sake of my people, those of my own race, the people of Israel. Theirs is the adoption to sonship; theirs the divine glory, the covenants, the receiving of the law, the temple worship and the promises. Theirs are the patriarchs, and from them is traced the human ancestry of the Messiah, who is God over all, forever praised! Amen.

It is not as though God’s word had failed. For not all who are descended from Israel are Israel.

Paul is sad because the Israelite people are being rejected and will not continue to be God’s people. He says that he is sorrowful and has unceasing anguish in his heart for his people. He even wishes that he could be cut off and cursed from Christ if they could be accepted again. But, he knows and says that not all who are descended from Israel are Israel.

What does that mean – not all who are descended from Israel are Israel? The term “Israel” can be used in a few ways.

One is the man himself, Jacob, who was renamed “Israel”.

The second way would be the reference to his physical descendants. We might also call them the Jewish people, those who physically descended from Jacob.

And the third way would be a more direct reference to God’s people. The people with whom God has made a covenant to be their God and that they would be his people. These are also referred to as Israel.

But how is that possible? Aren’t the Israelites all the people of God? Or at least they were? Paul continues on describing how God has made choices along the way.

Paul explains that God made a choice when he told Abraham that his covenant would be through Isaac. Of course, the implication is that the covenant, the promise, would not come through Ishmael. Here is what Paul says:

Nor because they are his descendants are they all Abraham’s children. On the contrary, “It is through Isaac that your offspring will be reckoned.” In other words, it is not the children by physical descent who are God’s children, but it is the children of the promise who are regarded as Abraham’s offspring. For this was how the promise was stated: “At the appointed time I will return, and Sarah will have a son.”

Of course, if we go back and look at this in the original story in the book of Genesis, here is what happened specifically:

God also said to Abraham, “As for Sarai your wife, you are no longer to call her Sarai; her name will be Sarah. I will bless her and will surely give you a son by her. I will bless her so that she will be the mother of nations; kings of peoples will come from her.”

Abraham fell facedown; he laughed and said to himself, “Will a son be born to a man a hundred years old? Will Sarah bear a child at the age of ninety?” And Abraham said to God, “If only Ishmael might live under your blessing!”

Then God said, “Yes, but your wife Sarah will bear you a son, and you will call him Isaac. I will establish my covenant with him as an everlasting covenant for his descendants after him. And as for Ishmael, I have heard you: I will surely bless him; I will make him fruitful and will greatly increase his numbers. He will be the father of twelve rulers, and I will make him into a great nation. But my covenant I will establish with Isaac, whom Sarah will bear to you by this time next year.” When he had finished speaking with Abraham, God went up from him.

And so we see that God will bless Ishmael. He will prosper him on the earth, make him fruitful and have a large family, even making him the father of twelve rulers and to become a great nation.

So here we see that the distinction is that God will be their God and they will be his people, both for him and for his descendants. But the question is: Which descendants? In this case, God is specifically saying that the descendants of Abraham that he has chosen are those that come through his wife Sarah, that is through Isaac.

But what about Ishmael? What will become of him? We’ll come to that in a moment…

So Paul continues and explains the next generation after Isaac. Isaac marries Rebekah and has twins. This is how Paul recounts what God does in this situation:

Yet, before the twins were born or had done anything good or bad —in order that God’s purpose in election might stand: not by works but by him who calls—she was told, “The older will serve the younger.” Just as it is written: “Jacob I loved, but Esau I hated.”

Paul says it correctly, of course: Even before the twins were born or had done anything good or bad, God shows that he has chosen Jacob but did not choose Esau.

So, hang on just a moment… We’re starting to see a pattern form, aren’t we? We’re seeing that God establishes his covenant that he will be their God and they will be his people, but through Isaac, not through Ishmael. And then we see that God chooses Jacob, not Esau. And in both of these cases, God does this before these sons are even born.

How could God choose Isaac before he was born? God hasn’t seen what kind of person Isaac is yet. In fact, in Isaac’s case, he wasn’t even conceived yet!

And in Jacob’s case, Paul says it directly that, before they either of the sons had done anything good or bad, God loves Jacob but hates Esau.

But doesn’t God’s love and mercy depend upon how we act? Or surely whether he accepts us not depends on whether we have faith in him, or faith in Jesus, right? Well, at the least, we can see that wasn’t the case for Isaac or Jacob. God declares his choice and his mercy upon them before they even had the chance to consider who God is in their lives, before they are even born!

Paul now comes to the core question: Is God unjust? How can God love or show mercy to someone before they are even born?

What then shall we say? Is God unjust? Not at all! For he says to Moses,

It does not, therefore, depend on human desire or effort, but on God’s mercy. For Scripture says to Pharaoh: “I raised you up for this very purpose, that I might display my power in you and that my name might be proclaimed in all the earth.” Therefore God has mercy on whom he wants to have mercy, and he hardens whom he wants to harden.

So Paul doesn’t leave it that God is making his choice and showing love and mercy for certain people. He goes even further! He uses the example of Pharaoh in the time of Moses where he says that God actually hardens Pharaoh’s heart because, through Pharaoh, God is going to display his power in him and make his name known across the entire earth. In fact, God says that he raised Pharaoh up for this very purpose. This means that God put Pharaoh in the place of the king of Egypt, in the time of Moses, hardening his heart so that the nation of Egypt would essentially be destroyed by the God of the Israelites, the slaves that the Egyptians held to build out their land.

Amazing. So in the case of Pharaoh, God made him to destroy him so that he could show his power and make his name known across the entire earth. Can that be true?

Paul is building up, through these examples, to show that God is sovereignly in control of all things, making his choices along the way. But why? For what reason?

The Riches of His Glory

So now let’s skip down to the last part for today. Paul is now going to reveal what God is doing and we come full-circle as well back to the original point that Paul made at the beginning of the chapter:

What if God, although choosing to show his wrath and make his power known, bore with great patience the objects of his wrath—prepared for destruction? What if he did this to make the riches of his glory known to the objects of his mercy, whom he prepared in advance for glory — even us, whom he also called, not only from the Jews but also from the Gentiles?

Paul says that God is going to show his wrath and make his power known. He says that there will be objects of his wrath upon people that are prepared for destruction. And he does this for a reason:

To make the riches of his glory known to the objects of his mercy.

If we consider what Paul said earlier in verses 1-6, we can see that Paul is talking here about the Israelites. He said not all who are descended from Israel are Israel. So he is saying that the Israelites have been made such that they will be rejected, so that they will receive God’s wrath. But even this has a purpose: To bring in the Gentiles, the non-Jewish people into “Israel”, the people of God.

The Gentiles now are offered a place as part of God’s people. They will be the objects of his mercy and God is showing his mercy and grace to them so that he will be known throughout the earth and will be glorified as God!

So this leads me to one final question: If this is the reason that God is doing this, what does that mean for my life? It means that the entire purpose of my life is to reflect God’s glory back to him. My life is not my own. I was not created to do everything that I want to do. I was not created to be everything I want to be. Not my best self. Not my all. Instead, my life is intended to give glory to God.

God is choosing some, and for those that he has chosen, his plan is that we bring glory to him for the love and mercy that he has shown to us. We have earned nothing. We have nothing that we can boast about, either before God or in front of anyone else. We can only live our lives to bring him glory.

How to do that? Coming soon! 😉