Immigrants, Refugees, and the Gospel 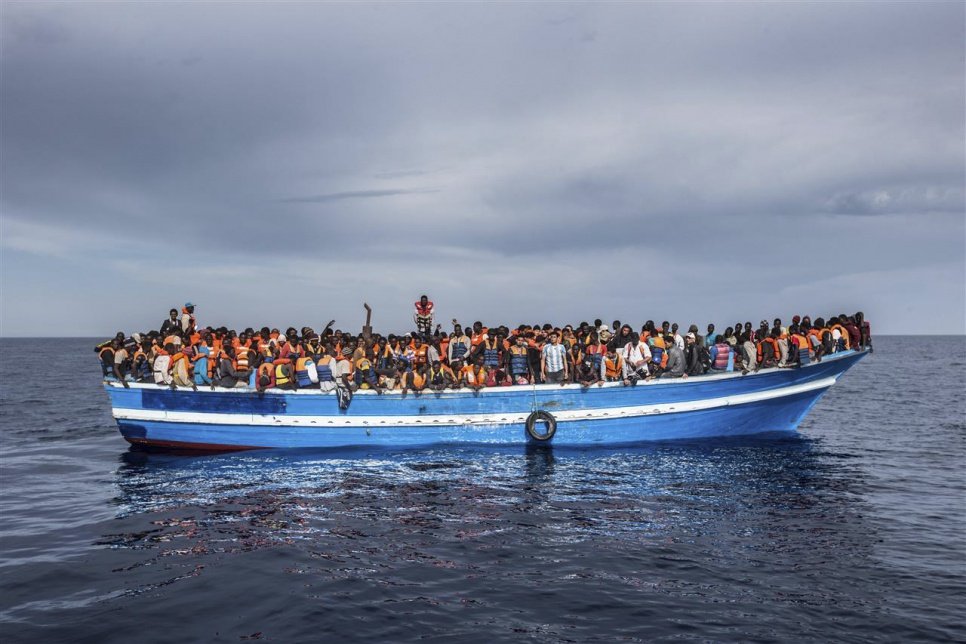 That is a lot of people traversing into other countries around the world! Through terrible circumstances including war and religious or ethnic persecution, not to mention significant poverty, the people of the earth are on the move.

God has a heart for the immigrant and the refugee. The displaced people of the earth have a special place in God’s heart and God routinely commanded his people, the Jews, to welcome the foreigner, showing love to the foreigner, even if they weren’t of Jewish background and religion. Here is an example of God’s command to his people:

For the LORD your God is God of gods and Lord of lords, the great God, mighty and awesome, who shows no partiality and accepts no bribes. He defends the cause of the fatherless and the widow, and loves the foreigner residing among you, giving them food and clothing. And you are to love those who are foreigners, for you yourselves were foreigners in Egypt.

We also have the story of Ruth, who was herself an immigrant as a Moabite woman returning back to the homeland of her husband’s family. She was welcomed, along with her mother-in-law Naomi, and protected by Boaz, ultimately becoming part of the Jewish community, even though she herself was from another nation.

And we can see that Jesus himself was a refugee. Joseph, his human father, at the direction of the angel who told Joseph to flee from Bethlehem when Herod gave the order to kill all of the baby boys two years and younger, took Jesus and Mary to Egypt where they remained until after Herod died and the danger to Jesus’s life had ended, they returned back to Israel where Jesus grew up in Nazareth.

The Boundary Lines are Moving

As the Apostle Paul was preaching in Athens, he said something very interesting to those in attendance at the Areopagus that day, something that I believe we can connect to this discussion about reaching immigrants and refugees. Here is what he said:

The God who made the world and everything in it is the Lord of heaven and earth and does not live in temples built by human hands. And he is not served by human hands, as if he needed anything. Rather, he himself gives everyone life and breath and everything else. From one man he made all the nations, that they should inhabit the whole earth; and he marked out their appointed times in history and the boundaries of their lands. God did this so that they would seek him and perhaps reach out for him and find him, though he is not far from any one of us.

But what does this mean? How is it possible that appointed times and boundary lines could be a means through which the people of the nations could find God?

God has always worked through his people on the earth. The scriptures talk about the fact that the people of Israel were God’s chosen people. They also had boundary lines to their land, the land of Canaan that God promised to Abraham and was finally fulfilled when Joshua took the people of Israel into the land. The boundary lines that were set up for God’s people to be connected to those around them, and ultimately to the rest of the world, allowing the people access to know God through his people.

So what about the immigrants and refugees? How does what Paul says connect to the situation that we find ourselves in today? Paul explained that there are appointed times and boundary lines for the nations. Is it possible that this is an “appointed time” for the nations? Or that God is using newly drawn boundary lines for the people to reach out to God and perhaps find him?

I believe that the answer to that question is Yes. Why? Because today, as noted above, there are millions and millions of people leaving their home countries to find refuge and a better life in other places. They believe that these are places that they can go to find safety or to create a better financial situation for themselves, but I believe that God has something else in mind. Paul says that these appointed times and boundary lines are intended for a purpose: That the people would reach out to him, and perhaps find him.

Now, I cannot say that God is causing the wars, nor the persecution, famine, or poverty. I don’t believe that. But I do believe that God is using these terrible circumstances such that, as people move, their “boundary lines” are moving as well. Because of the difficult situations that they find themselves in, the “appointed time” for these people is now. Many of these people are moving from places in the world where the Gospel has not been allowed to be spoken into other parts of the world where there is freedom of speech, and where there is religious freedom to choose to follow Jesus – a choice that many of these people have never had before.

I understand that this isn’t always an easy conversation, especially from a political perspective. In Italy, Greece, and Spain, there are boats that are routinely arriving from north Africa bringing people from across Africa, the Middle East, and South Asia. In America, people coming from Mexico and all across Latin America. In Turkey, people from Syria and other parts of the world. And we could go on and on, so I understand that the politics of immigration are difficult with people angry on many sides of the argument that the governments allow the immigration to even take place. There are financial issues, cultural issues, religious issues, and much more…

However, I want to suggest that we consider a different perspective. For those that call themselves Christians and follow Jesus, I believe that we must take a perspective from God. From the perspective of the Kingdom of God, how should we approach the people that are entering into these countries that are receiving the immigrants and refugees?

To answer this question, let’s imagine that Paul is right. Let’s immagine the possibility that God has decided that this is the appointed time for the Syrians to hear the Gospel and come to faith in Christ. Or that this is the time for the people from Afghanistan who have moved into other parts of the world. This is the time when God wants to change the course of history for these people, so as thousands, hundreds of thousands, and even millions of these people move into other locations, into countries where they have the opportunity to hear the Gospel and become a disciple of Jesus Christ, even repeating it to their friends in family members around them, or possibly to people even back in their home countries through telephone or internet networks… Could we imagine that, for those of us who are living in these receiving countries, that God wants to use us to expand his Kingdom amongst the people that haven’t heard the Good News before?

I believe that this is precisely what is happening, that this is an historic time where God intends to bless those who are hurting. It may be that they will be blessed with a new country, a new home, and a new place to live, but most of all, I believe that God intends to bless these people with his presence, bless them with the knowledge of his love for them, a love that he has already demonstrated through Jesus Christ. This is the time that God wants to use this movement of peoples to bless them. As God’s people, those that have been adopted into his family through the grace and mercy that has already been extended to us, let’s not miss this important time in history when God is working and is calling all of us to work alongside of him!