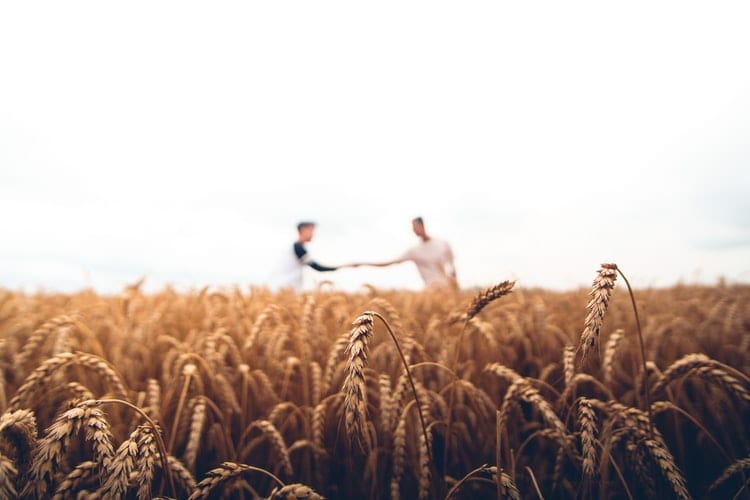 I’ve been meeting with my friend Ibrahim (pseudonym), off-and-on, for almost 4 years now. Another friend of mine introduced us and we continued to meet, talking together, reading the Bible, and discussing together what God was saying through his Word.

Ibrahim is not a follower of Jesus. In fact, his background is that he comes from an unreached people group in Africa where he grew up with a very different belief system from me. I won’t go into great detail here, but I can say that, despite our differences, we have grown to be good friends, sharing with one another through the good things that have happened to us as well as the things that are difficult for us.

Twice, he has told me that he wanted to be baptized as a follower of Jesus.

The first time, we were together in my house preparing for his baptism. I wanted to read through John 3 with him in advance of the baptism, which we had prepared with a pool outside of our house in the yard, but he needed an internet connection to look up the scripture online. I gave him access to our wifi and within 30 seconds, he received a call from someone close to him. He told them what he was doing and was then berated for at least 10 minutes over the phone, discussing the situation in his native language. In the end, he hung up the phone and said that he couldn’t do it. He wouldn’t be baptized that day. It was a great disappointment, but in the end, we discussed that if he isn’t ready, I certainly wouldn’t be pushing him into a decision.

The second time was simpler. We agreed to go together and that he would be baptized at the beach with a few people watching and witnessing his new spiritual birth. In short, he simply just didn’t show up. Again, we were disappointed, but again, we knew that it wasn’t time for him yet and trusted that God would be continuing to work in his mind and his heart.

God has continued to be faithful with my friend Ibrahim. He had moved away for work for a little while, but was able to come back for a new job, living near us and working again. Since returning, we were able to start meeting together again, although this time, I began to be much more clear in my presentation of the Gospel and reading of the scriptures. Previously, we used a Discovery Bible Study method, where I simply allowed him to learn directly from the scriptures that we read without me taking too much of a teaching role.

In this time, I began with a very clear sharing of the Gospel using the Three Circles and then continued by reading through the scriptures together. We still used a Discovery method, but I have definitely been more pointed in the questions that I’ve asked in an effort to be sure that the teaching that you find in the passage goes as far to the core as possible, allowing the Word of God to enter his life and speak deeply to him.

Since restarting our meetings, the coronavirus epidemic hit us full-force and the government required that we go into quarantine, preventing us from seeing one another except for connecting in online meetings or through some food deliveries that we have been able to do through our local associations.

Through our new meetings, though, I could sense a different tenor to our conversations. It seems that my friend has been understanding much more than before, that he was not only understanding what was happening, but maybe for the first time, he was also understanding why it was happening. We moved beyond common objections of whether or not Jesus is the Son of God or whether or not he died, but instead we have talked about our need for a Savior. He understood why God was doing the things that he was doing.

I hope one day to go back and review all of this with him, to see if I am correct in my understanding, but I think this new openness is related to the fact that he seems to have understood for the first time his place before God. He seems to understand his need for forgiveness, that he is unrighteous before God as a result of his sin. I won’t explain the details, but he has had some very difficult things happen in his life recently where he has experienced consequences that he hadn’t experienced in his life previously. Those realizations hit him in a pretty deep place within his soul, and now in quarantine, he has had a lot of time to reflect and think about this situation and its meaning as he considers his standing before God.

A couple of weeks ago, we began to talk about the prophets from the Old Testament and that the prophecies that they made pointed toward Jesus. As a result, through a series of discussions, we ended up reading Isaiah 53 and I challenged him to tell me who it is that Isaiah was speaking about. We discussed the history of when these prophecies were written and the implications that it was God who would crush the man spoken of in this chapter for the forgiveness of sins.

Now, we have started to read the history that is connected to this prophecy. A few days ago, we read Luke 22:66 – 23:25. In our conversations, we called this Part 1 of 3 meaning that we would discuss what happened before Jesus’s death, then Part 2, the crucifixion, and finally Part 3, the resurrection after his death. And through each of these parts, we would map it back to Isaiah 53 so that we can see that God made a plan, revealed it in the prophecy in Isaiah, and then we can see what actually happened. Of course, we discussed that we need to therefore understand what it means, and what we must do as a result, and Ibrahim agreed with all of these things.

Please pray that Ibrahim will continue to move forward in his understanding of Jesus, that God would continue to draw him to Christ, and that the Holy Spirit would reveal to him the reality of what God has done for him through Jesus.