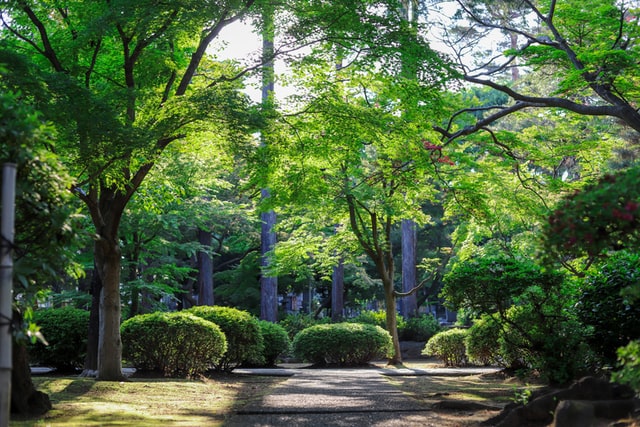 I walked from the garden to the school.  On my left was an abandoned and burned out state building which now harbors illegal activity and graffiti.  On my right were tall oleander bushes making it impossible for me to see what was around the corner.  I walked on, impervious to the dangers that might be lurking.

I passed the oleanders and gave no thought to the burned out building when suddenly I heard my name called from behind.  “Clayton.”  In another story this certainly would have been a devious villain with a low raspy voice and a dark hoodie, but in this story, it was someone different.

James, an immigrant student in our gardening class, stood from the park bench on which he sat.

We continued our conversation as we walked to class together.  The more I get to know this kid, the more I like him.  We talked about his family and future, his language and name, and eventually we arrived at the garden.

After I taught a very engaging lesson on the magic of compost, James and I harvested flowers together.  (Side note: generally a bad idea to harvest flowers with evil villains, but with cool immigrant kids…you’re probably ok).  Our conversation moved to Jesus.

“Do you know many stories of Jesus?”  I asked.

“Yeah,” James responded enthusiastically, “I know that one about when he came back from the dead.”

I was surprised at his response as he had just stated that he came from a muslim family.

“That’s one of my favorites too!”  I responded.  “Did you know it was in a garden in which Jesus came back to life?…Kinda like this one.”

I continued.  “You know, one of my favorite stories of Jesus is how the sacrifice of his life is enough for me to be forgiven for the things I have done wrong.”

And not silence because James was uncomfortable, but silence because he listened and thought.  There was only the sound of his shears as he pruned the flower in his hand.   We planned a time to discuss the stories of Jesus further and continued with the lesson.

Upon reflection of the day’s events I was reminded that God created man in a garden.  Before Christ died he found repose in a garden.  When he rose again it was in a garden and he was even mistaken for the gardener! Nick Batzig is right when he says, “ Jesus began His sufferings in a Garden in order to show that He came to undo what Adam had done. Jesus concluded His sufferings in a Garden to show that He accomplished all that Adam failed to accomplish.”  Christ is restoring the Eden he originally intended.

Dear reader, in another life, I just want to be a gardener.  I just want to run a market farm where it is only about production, efficiency, and excellency in those two things.  But, right now, I cannot.

Right now I am called to talk about how Jesus rose again in a garden.  Right now I must explain that his sacrifice is enough for the things we have done wrong.  Right now I am compelled to share the hope that we have in this “garden between the gardens.”