The World Has Been Crucified to Me 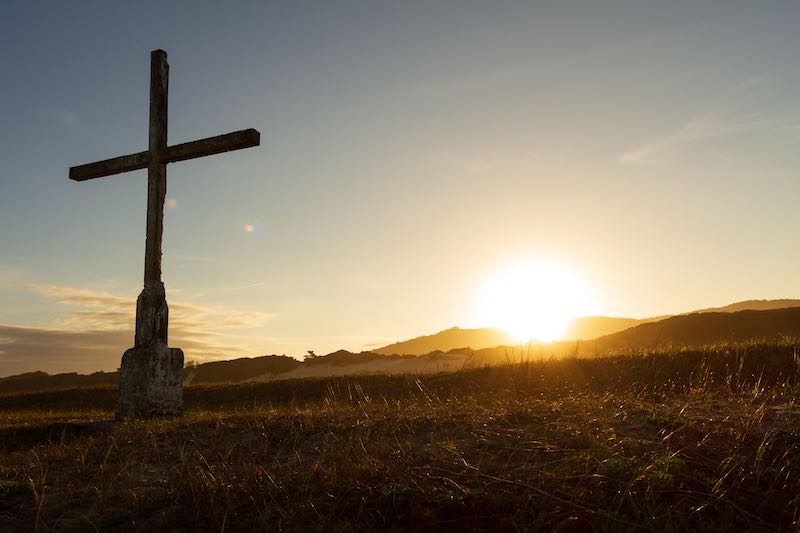 I had a good meeting yesterday in the park with my friend. He was baptized last summer and we continue to meet together to read the Bible and grow together as we apply what we have learned. He hasn’t had any background in the church nor any prior connection to the Christian world, so there are many things that he is learning for the first time, and I am learning anew, through the scriptures and our experiences as we meet and try to walk a life of faith together.

While we met a couple of times on a video call during our red zone lockdown times, we hadn’t seen each other face-to-face over the last couple of weeks. During that time, I had watched the video with my family during our Life Lessons time that we do with our kids about boasting only in the cross of Christ. While we were watching this video together as a family, I thought of him. He is a young guy, just a few years older than the people who listened to Piper that day in 2000. In fact, as I told him, he is about the same age that I was when I first heard this message 20 years ago.

In that message, Piper says that you don’t need to be rich, good-looking, or very smart to make a difference in the world. Instead, he said that, if you truly do want to make a difference in the world, you need to be gripped by an idea that is great, that is eternal. It needs to hold onto you in such a way that you live by it, that you are consumed by the idea.

So that leads to the question: What is that idea? What do we need to know that would allow us to truly make a difference that will not only be significant now but last for eternity?

In our conversation yesterday, we went back and read through the verse that Piper used in his message that day in 2000. Ironically, in the sermon, through all of the language that Piper used in his explanation, I even found his talk a little difficult to follow toward the end as he was explaining this verse, so I thought it would be helpful to my friend to break down the verse and understand what it says, understand what it means, and think about how we could apply it to our lives. Here is that verse:

May I never boast except in the cross of our Lord Jesus Christ, through which the world has been crucified to me, and I to the world.

It is a relatively simple sentence, but I suggested that we should break it down further into two smaller parts, so that is what we did:

We started with the word “boast”. What does that mean? A synonym could be that we are bragging. Why would we brag? Typically, we would brag because we have something in the world that others would want, or would want at the level that we have. It might be money, fame, power, position, or a possession. These things are pretty universally desired by people in our world today. As men and women in the worldly system, we want these things and so, if we attain one or more of them, we might be inclined to boast in one way or another to other people about what we have achieved or what we have attained.

But here, the apostle Paul is writing and says, “May I never boast” unless it is in the cross of Jesus. Piper says this is like boasting that I am going to be killed in the electric chair, or I am going to be lynched. If I am boasting in the cross, I am finding myself bragging about death.

But that is the exact opposite of the reasons that we would brag to someone else in our worldly system. We brag or boast because of a sign of success that I have obtained like money, fame, power, or position, not a sign of defeat like death! Yet Paul says that he wants to never boast unless it is in the cross of Christ. How can this possibly make any sense at all?

To understand this, let’s look at the second part of the verse:

…through which the world has been crucified to me, and I to the world.

If that is the case, what is he living for? Paul is saying that he is living only to brag about what Jesus has done and this is what his life is now oriented around. He wants to not live according to the values of our world today. He doesn’t want to be considered to be a success according to the standards of our world. He wants to be a success within the Kingdom of God and be judged by its standards. He wants to live in the way that Jesus has called him to live, as someone who is subject to the King, who is Jesus, and teach others to do the same. Only in the things that Jesus has done, paying the price for us through his blood – the price of a sacrifice to offer forgiveness for our sins – only in these things does Paul want to boast.

Together with my friend, we talked about needing to be gripped by this idea, as Piper said in his message. What would that look like to live in such a way that we don’t value the things that the world values?

My friend continues to grow in his faith and has a desire to move forward in his faith walk with God. He wants to make a difference with his life and seems to understand, at least intellectually, what we talked about. Now we will need to continue to walk together to learn how to apply these things in our lives as the Holy Spirit leads us. As he works within us, and will work through us to help others also become disciples of Jesus.

We must even go on to help even more people be gripped by these simple yet profound ideas that will allow us all to truly make a difference in this world that will last for eternity, only because what we have done, we have done for our Savior and King Jesus.