What is My Role in the End Times? 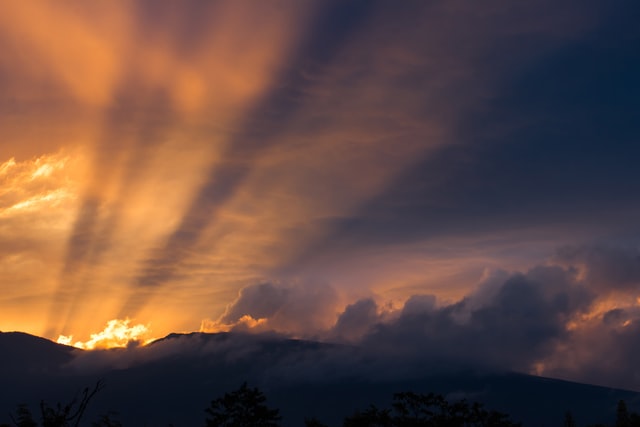 Over the last several months, especially during the time of the pandemic starting in early 2020, and even more as governments around the world have issued “Green Passes” for vaccinations, a common topic of conversation amongst Christians that we have met has been the End Times, the time of the end of the world as we know it and when Jesus will return to fully establish his Kingdom.

This conversation comes up on a weekly basis, if not even daily. Typically, my goal in these conversations, as well as in this post, is not to try to determine whether or not these are specifically the end times. It may be, and it may not be. Honestly, I don’t know. But either way, whether Jesus is returning very soon or it will still be yet some time, I think that there is a question that is more important for us to consider:

What is my role? What should I be doing?

Why should I consider my role?

There are many people who seem to believe that their role is to point out all of the ways that the Bible aligns with various “signs” that they see around them. Facebook posts are frequent in these days:

Another earthquake today… Jesus is returning!

A tsunami… The end is near!

There is evil in the world today… The people’s love is growing cold – just as predicted!

The UN placed a statue in front of their building… Have you seen a picture of this statue? It’s from Daniel 7!

And beyond this, some of the first questions that I hear from Christians to others is whether they are vaccinated, some even going as far as to proclaim that they won’t be vaccinated because it is most certainly… the mark of the beast!

But are these really the things that we should be spending our time talking about? Is this what Jesus told us to do?

I would like to suggest that, if we are spending our time sounding the alarm as I have given in the examples above, we have probably lost our focus on the things that Jesus has told us to do.

What did Jesus say?

Jesus’s disciples asked him about the signs of the end times, and you can find Jesus’s response, which includes his thoughts on what the disciples should do, throughout Matthew, chapters 24 and 25. But if we focus on the first few verses of chapter 24, I think that we can get an accurate summary of what Jesus expects his people to do:

As Jesus was sitting on the Mount of Olives, the disciples came to him privately. “Tell us,” they said, “when will this happen, and what will be the sign of your coming and of the end of the age?”

Jesus answered: “Watch out that no one deceives you. For many will come in my name, claiming, ‘I am the Messiah,’ and will deceive many. You will hear of wars and rumors of wars, but see to it that you are not alarmed. Such things must happen, but the end is still to come. Nation will rise against nation, and kingdom against kingdom. There will be famines and earthquakes in various places. All these are the beginning of birth pains.

“Then you will be handed over to be persecuted and put to death, and you will be hated by all nations because of me. At that time many will turn away from the faith and will betray and hate each other, and many false prophets will appear and deceive many people. Because of the increase of wickedness, the love of most will grow cold, but the one who stands firm to the end will be saved. And this gospel of the kingdom will be preached in the whole world as a testimony to all nations, and then the end will come.

So based on this passage, what do we see Jesus saying that he expects his disciples to do?

First, let’s look in verse 4. Jesus says, “Watch out that no one deceives you…” In this particular place, he speaks of false messiahs, although later he also speaks of false prophets. In any case, it seems that the first thing that Jesus wants his disciples to do is to not be deceived. They should know their messiah’s voice, that of their King, and know the difference between it and someone else’s false promises.

Next, let’s look in verses 9 through 13. Jesus says that his disciples will be hated, betrayed, persecuted, and even put to death, but he says that despite the wickedness around us, we must stand firm, and if we do this, we will be saved. Jesus is saying that we must remain firm in our faith, grounded in what he has said, remaining faithful to who he is, continuing to glorify him even in the face of evil.

So if we believe that these are the end times, then more than anything else, and certainly more than propagating alarmism to those around us, we must: