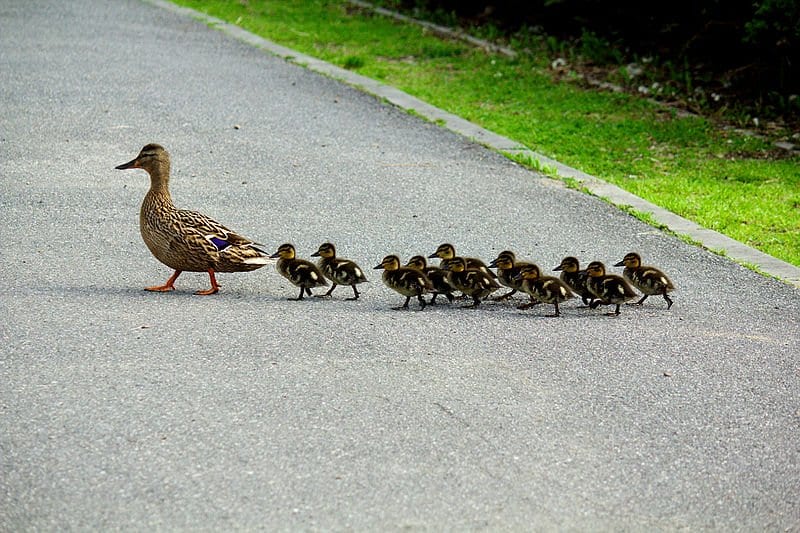 Jesus said that, because he was given all authority on heaven and earth, his disciples should therefore go and make disciples for him among all of the nations. He didn’t call us to go make converts or believers. Instead, he said that we are to go make disciples.

I believe that this is a core component of the Biblical church planting process and what Jesus taught his disciples to do throughout his time of training them to continue the work that he started here on earth.

What did Jesus teach his disciples?

As I read Mark 3-6, I see a process where Jesus is starting a training process for his disciples. In Mark 3, we see him choose 12 disciples from among the crowd of people. In Mark 4, he moves on to teach them some basic principles about the Kingdom of God. In Mark 5, he takes them out for a first missionary journey, and then in Mark 6, he sends them out to practice for themselves, gaining experience in teaching others the same things that he has been teaching them.

Let’s look at a couple of examples from Jesus’s teaching through parables that I think relate directly to this idea of making disciples. Both of them are within Mark 4 as Jesus is teaching the people and revealing the secrets of the parables to his disciples.

First, look at the parable of the sower that sows seed on four types of soil:

Again Jesus began to teach by the lake. The crowd that gathered around him was so large that he got into a boat and sat in it out on the lake, while all the people were along the shore at the water’s edge. He taught them many things by parables, and in his teaching said: “Listen! A farmer went out to sow his seed. As he was scattering the seed, some fell along the path, and the birds came and ate it up. Some fell on rocky places, where it did not have much soil. It sprang up quickly, because the soil was shallow. But when the sun came up, the plants were scorched, and they withered because they had no root. Other seed fell among thorns, which grew up and choked the plants, so that they did not bear grain. Still other seed fell on good soil. It came up, grew and produced a crop, some multiplying thirty, some sixty, some a hundred times.”

Then Jesus said, “Whoever has ears to hear, let them hear.”

Consider this question: How many types of people believed when they heard the word? You might be tempted to say there was only one, just the good soil. However, I think that the answer here is that there were three different soils where the seed initially produced a sprout of a plant, meaning that there were three different types of people that at least initially believed, and maybe even grew for a while.

But I think that we see that in the case of the seed that fell among the rocky soil and the seed that fell among the thorny soil, we see that the believers don’t grow in the way that Jesus is hoping and expecting that they will. They are not the good soil. Instead, the good soil grows and produces a crop. This seed is marked by growth into a mature plant itself and reproduces itself as well. It is clear from the parable that this is the type of growth that Jesus is looking for. Not just belief and initial growth, but instead full maturity that leads to reproduction.

If we move down a little further, we see something similar in the parable of the growing seed. He said:

“This is what the kingdom of God is like. A man scatters seed on the ground. Night and day, whether he sleeps or gets up, the seed sprouts and grows, though he does not know how. All by itself the soil produces grain—first the stalk, then the head, then the full kernel in the head. As soon as the grain is ripe, he puts the sickle to it, because the harvest has come.”

Like the previous parable of the four soils, we see a similar pattern in this case. The seed that is being sown is intended to grow fully, to grow into maturity, creating a stalk, a head, and a full kernel. It is even intended to grow, and only then, once the grain is fully ripe and ready, does the farmer bring the sickle and harvest the grain.

In both of these parables, Jesus uses a metaphor of a growing plant, but the implication is clear. Initial sprouting or stunted growth does not fulfill the intent that Jesus has for his disciples. Instead, Jesus is calling for complete growth that will produce a crop, a full harvest. It is a picture of growth, a picture of fully developed discipleship of Jesus.

This is what Jesus teaches his disciples before he sends them out.

What did Jesus tell his disciples to do as he trained them?

Jesus is going to continue the disciples training by giving them some practical experience. He sends them out to do the same things that he has been doing. He gives them authority over evil spirits and then tells them to go out to other villages two-by-two. As he sends them, he says that they are to enter a house and stay there, not moving around.

I’ve wondered why Jesus tells them that they should stay in one place and not move around. Shouldn’t they be focused on spreading the message to as many people as they can? Shouldn’t they be going to all of the houses?

I think that we can get a clearer picture of Jesus’s intent if we look at a similar situation described in Luke:

He told them, “The harvest is plentiful, but the workers are few. Ask the Lord of the harvest, therefore, to send out workers into his harvest field.”

It is a similar scenario in that Jesus has sent out his disciples. Again, he tells them not to move around after they find a house that will accept them and the message of peace that they bring. But this first command that he gives his disciples is instructive. As he sends the disciples, the first thing that he tells them to do is to Ask for workers. But where are these workers going to come from? Remember that, at this time, there are no other workers. These disciples are the ONLY disciples, so it isn’t like today in that there are more workers from some other place that God can send out. These disciples are asking for workers that can only come from the places that they are going.

I think this fact, that the workers must come from the harvest field, may give us a good clue as to why Jesus tells the disciples to enter a house and stay there. I believe that Jesus intends that the people in this house where they will be staying will become the workers that they are praying for as they start their journey! For that village at least, they are to become the workers that the disciples are praying for as they go out. The disciples are to stay in that house so that they can not only eat and have a place to sleep, but they will, of course, be teaching them the things that they have learned from Jesus, confirming the message by driving out evil spirits and healing people, doing exactly what they have seen Jesus do.

I believe that what Jesus taught in the parables and how he instructed his disciples when he sent them out are related. Jesus is growing his disciples, producing men who will not only believe but will grow to maturity and produce a harvest. And now, Jesus continues teaching them by sending them out to do the same thing with others that he is doing with them. It is all part of the same discipleship process of receiving from Jesus and passing on what they have received to also give it to others.

What does it mean to make disciples?

Therefore go and make disciples of all nations, baptizing them in the name of the Father and of the Son and of the Holy Spirit, 20 and teaching them to obey everything I have commanded you.

From this, I see at least three things that I think we should consider:

First, he says that the disciples should be made from all nations. Immediately, Jesus turns our attention from just our own people to that of others around the globe. I believe that this portion of the command actually harkens all of the way back to the blessing of Abraham when God told him that he would be blessed so that he could be a blessing to all nations. Now, Jesus restates this in a different way by saying that the disciples’ disciple-making efforts should take into account people from all nations. In this way, the blessing, just as was promised to Abraham, will be extended to all nations.

Second, he says that we are to baptize them in the name of the Father, Son, and Holy Spirit. There is a beginning point, of course, to the discipleship process. There is a point at which people demonstrate through baptism that they are publicly declaring their repentance and belief in Jesus, but it doesn’t end there, because he continues on to the third part…

Jesus said similar things in similar ways at other times as well. For example, one of the most simple statements that he made was when he was teaching his disciples. Very simply at one time, he said:

If you love me, keep my commands.

Yes, Jesus tied our love for him to obedience of the things that he taught.

So, at the least, from these things that Jesus said, I think that we can say that making disciples means teaching others to obey Jesus and the commands that he gave us and to love one another. In these things, I see that Jesus calls us to action. Not simple thoughts or emotions, but action and movement as we become disciples and make disciples of him as well.