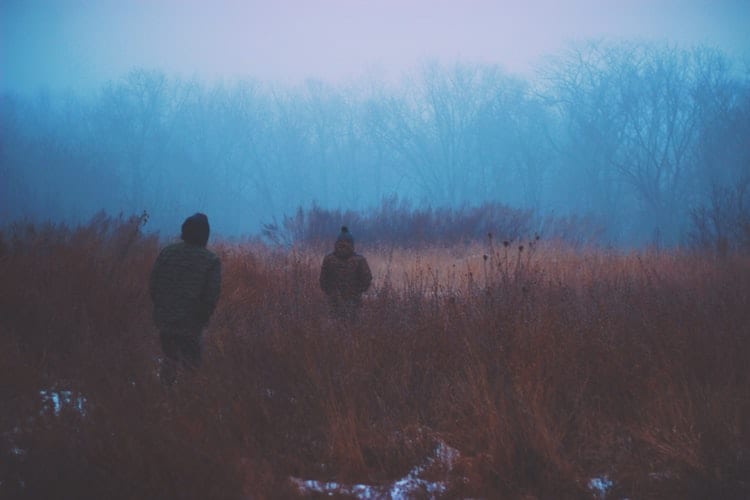 In Acts 13 and 14, we see Paul and Barnabas set out on their first missionary journey together. They initially travel across the sea from Antioch to the island of Cyprus and immediately we see them establishing a pattern as they enter the Jewish synagogues and sharing the Gospel among the Jews in the towns that they visit. A sorcerer and false prophet named Bar-Jesus was an attendant of the proconsul of the island (like a governor or someone overseeing the occupied area on Rome’s behalf) and tried to prevent the proconsul from hearing Paul, something that he had wanted to do. Paul declares that he won’t be able to see, and as Bar-Jesus is blinded, the proconsul believes and is amazed also with their teaching.

Paul and Barnabas then travel again across the sea to the north into the Galatian area and make their way to Pisidian Antioch. Again, they enter the Jewish synagogue and share the Gospel. This is one of the few times that we get to see how Paul shares the Gospel with the Jews, through a retelling of their history, starting from the time that God led the Israelites out from Egypt, through the prophets and kings, and ultimately to Jesus, speaking of his preaching, his death, his resurrection, and ultimately the significance of everything that he was teaching.

From their teaching, some of the people of the synagogue followed them and they asked them also to return in the following week to speak again. Unfortunately, it didn’t go well because when they came to speak on the following Sabbath, the Jewish leaders became jealous because most of the city came to hear them speak! At this point, then, Paul told them that they would not continue with them but would go and speak to the Gentiles.

Paul made disciples among both the Jews and the Gentiles and it says that the word of the Lord spread throughout the entire region which I believe means that the people began to share with others what they had been learning about Jesus. Ultimately, the Jewish leaders persecuted Paul and Barnabas and they were forced to leave, and so they headed to a nearby city called Iconium.

In Iconium, Paul followed a similar pattern as he had done previously. They spoke at the Jewish synagogue and both Jews and Gentiles believed in Jesus. Again, the Jews who would not believe spoke out against Paul and Barnabas, but they continued to work and teach the new believers. They were also continuing to perform signs and miracles through the Holy Spirit as confirmation of their teaching.

The people of Iconium were divided, and some of them began to plan to kill Paul and Barnabas, so they left there also to continue to preach in other cities.

At Lystra, Paul healed a man who was lame and not able to walk. As a result, the people began to sacrifice to Paul and Barnabas, thinking that they were gods. Paul tried in vain to stop them, sharing about the true God with the people, but they continued to sacrifice to them.

The Jews from Antioch and Iconium who had driven Paul and Barnabas out of their cities followed them also to Lystra and won over the crowds, ultimately stoning Paul and dragged him out of the city. But with his new disciples around him, Paul was able to get back up and return into the city of Lystra.

He also went into Derbe, a nearby city, and preached there as well. Paul was particularly effective there and won many disciples.

Establishing churches and returning to Antioch

As Paul and Barnabas began to think of returning home, they decided to return back through each of the cities, including Lystra, Iconium, and Pisidian Antioch to teach them and appoint elders among the communities of new believers, leaving behind churches as they went from city to city. In the end, Paul and Barnabas return back to their home city of Antioch to share with the church all that they had seen God do through their work.

There are a few important points that I think that I can take away from this first journey from Paul and Barnabas. Those are: