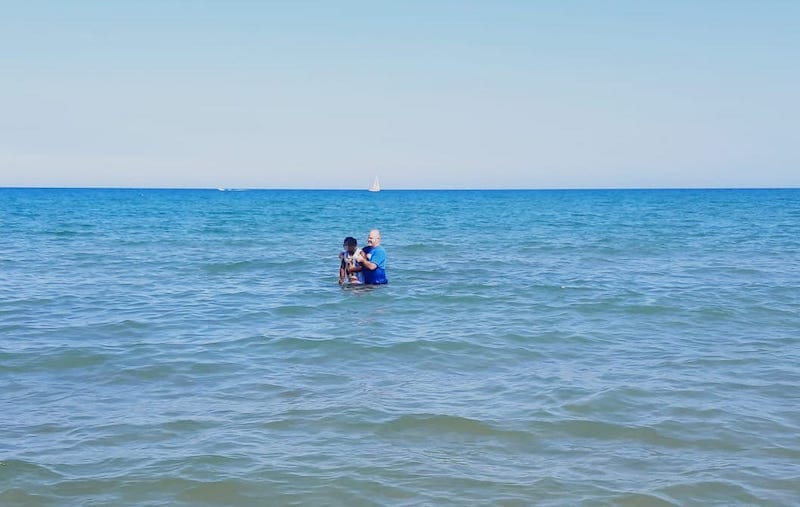 Sallieu (pseudonym) contacted me on Sunday morning. We had met a couple of years prior through a program that one of our co-workers had been developing at the time. There were typically about 10 guys, all of African descent having now immigrated to Italy, who would come to play football, then have dinner, and watch a portion of the Jesus Film. In this particular year, Ramadan was happening in the summer, so as they finished playing football, it was beginning to get dark and the guys were ready to eat as they had been fasting all day.

We invited Sallieu several times to meet with us outside of the football and food nights, and a few times he did. But it seemed that he always wanted to stay on the sidelines and not really involve himself too much in spiritual things. I don’t know whether he just wasn’t ready, was too suspicious, or what precisely was the challenge, but he wouldn’t stay consistent in pursuing spiritual things.

After contacting me on Sunday morning, Sallieu told me that he wanted to be baptized, that he had put his faith in Jesus Christ and was ready to give him his life. Since we hadn’t talked for a while, I had to hear more of his story.

I learned that he had grown up in a West African country where his Mom was a Muslim and his Dad was a Christian. His Mom eventually converted and their whole family was baptized for their faith in Jesus, except for Sallieu. He decided that he didn’t want to go forward with being baptized because he was enjoying a life that he knew wasn’t what Jesus wanted of him, and if he was to be baptized, he wanted to know that he truly meant it and wanted to truly live for Jesus.

He told me that, throughout this time of quarantine, he had a lot of time to reflect on his life. He began to read the Bible and watch videos of Christian teachers online. Some of his Muslim friends also began to try to influence him to follow Islam, so he was feeling unsure of the right spiritual path for his life.

Sallieu told me that he began to pray over the next few days, asking God what he should do, and on Saturday night, he received his answer. He said that a man in bright shining light appeared to him in a dream and told him that the way he should go is to follow Jesus. He said that he woke up at that time and asked God for forgiveness for what he had done, and believed in Jesus for his salvation.

As we met together this week, I realized that Sallieu was ready to move forward. We talked about repentance and belief, and then moved on toward baptism. We even practiced with him being baptized, and he also practice-baptized a non-believing friend of his. The next day, we went to the sea!

This isn’t the last step for Sallieu, only the first. There are many more things for him to learn, so our plan is to begin to meet together as a small group of guys, learning to follow Jesus together. Pray that his new life will be the first fruits of many more to come!