What do you mean when you say “church”? 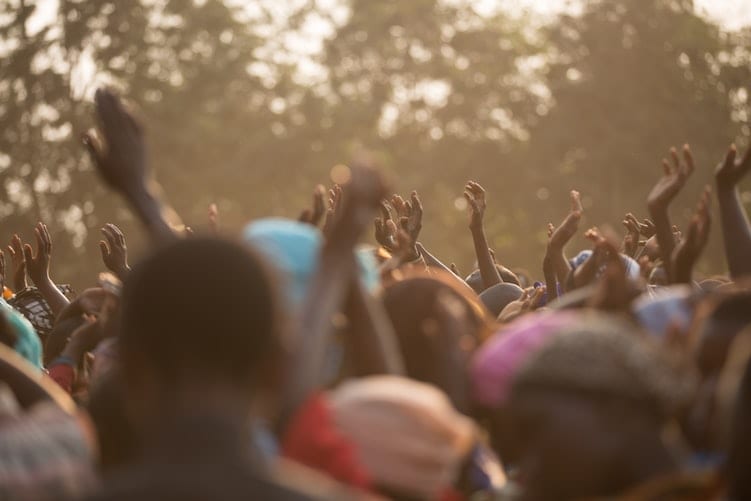 It has been interesting to realize, once again, how true it is that words have specific meanings, yet depending on your experience, a particular word may have one meaning to one person, and a very different meaning to someone else.

I have seen this to be true as I have talked about the word “church” with the people around me. To many, this might mean a particular building that you go to for worship, or especially here in Italy, it might mean the Catholic church based in the Vatican in Rome. To others, it might mean a specific way of worshiping that requires a specific tradition.

Over the last several weeks, I have been writing a few posts on what I have seen as a Biblical roadmap for starting new churches, so I thought that it might be helpful to talk about what I mean when I say the word “church”.

My intent here is not to go into a lot of background definition of what the church is and what it is not. This can be important to think about, and I would definitely encourage us to go and read some articles to help provide this background. Here are a few that might help:

Instead of these definitions, I would like to take one step further and talk about what we mean when we say “church”, practically speaking. In other words, what is happening? In our case, the model comes from the description of the first community of believers after the Holy Spirit came upon the disciples in the book of Acts in chapter 2.

“Therefore let all Israel be assured of this: God has made this Jesus, whom you crucified, both Lord and Messiah.”

When the people heard this, they were cut to the heart and said to Peter and the other apostles, “Brothers, what shall we do?”

Peter replied, “Repent and be baptized, every one of you, in the name of Jesus Christ for the forgiveness of your sins. And you will receive the gift of the Holy Spirit. The promise is for you and your children and for all who are far off—for all whom the Lord our God will call.”

They devoted themselves to the apostles’ teaching and to fellowship, to the breaking of bread and to prayer. Everyone was filled with awe at the many wonders and signs performed by the apostles. All the believers were together and had everything in common. They sold property and possessions to give to anyone who had need. Every day they continued to meet together in the temple courts. They broke bread in their homes and ate together with glad and sincere hearts, praising God and enjoying the favor of all the people. And the Lord added to their number daily those who were being saved.

So, what are the main elements that we see within this newly formed community?

Repentance and Baptism – Initially, following Peter’s proclamation of Jesus as the Messiah, the people repented of their sin and believed in Jesus as the Christ. This becomes the entrance into the community, a sign of a new believer.

Next, it says that they devoted themselves to the apostles’ teaching, so here we see that there was Leadership within the community of believers. Given that this is the first community of believers ever, the apostles are doing the leading. However, in the future, and in other expressions of the church, we see additional roles of leadership. For now, in summary, I see these:

Love and Fellowship – In fellowship, the people stayed together in community, united with one another around their belief in Christ and their newly-found understanding of him as the Messiah, encouraging one another to continue to grow in Christ.

Eating together / Lord’s Supper – It says that the believers broke bread together. We can assume that this means, at least in part, that the disciples were following Jesus’s command to remember his sacrifice by taking the Lord’s Supper together, receiving the bread as a remembrance and symbol of his broken body, and taking the wine as a sign of the new covenant in Jesus’s blood. Of course, these were probably not the only times they were eating together as they were also fellowshipping together and spending time together, so I think we can also assume that they were simply also having meals together as well.

Prayer – As a core component of the church, the believers continued to call out to God, speaking with him and hearing from him directly.

Generosity and Giving – Within this community, they said that they had everything in common. It says that they even sold possessions to help those that were in need. We see a sacrificial use of money to help others.

Praise and Worship – We see that the community met together corporately for worship. In their case, this new church did this both in homes as well as within the temple courts.

Evangelism – The initial baptism of 3,000 people wasn’t the end of the outreach that the community would do. Instead, people were being reached and baptized on a daily basis.

As we think about the minimum requirements for the Biblical community, a church, this is what we mean. If we are missing elements noted above, we may be in community and may even call the community a church, but we are working to teach and act upon the need for these elements within the community.

There is a good video that briefly illustrates this new community of believers within Acts here:

Strategically-speaking, given that we are attempting to equip new believers to also be able to lead a meeting, we use a tool called the 3/3rds Group. Below is a video that we created to help describe the 3/3rds Group. Note that we use the same structure for non-believers Bible study as well as foundational discipleship, so the video addresses these scenarios as well.

The advantages of using this type of structure include:

Our intent in developing churches this way is that it provides a structure that can be used by anyone that we are training to lead others. That said, it is important to note that we are not saying that this is the only way that churches can be led or should be led. There are certainly many parts that we like within this structure, but we certainly affirm a structure of church that effectively implements the elements of the church noted above.