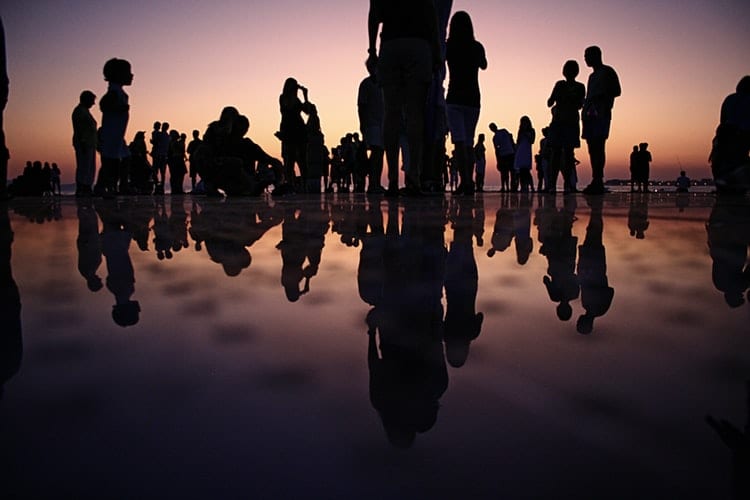 Throughout the scriptures, whether in Jesus’s teachings, in the first church, or in the subsequent efforts from the apostle Paul, we can see that discipleship of Jesus leads to starting churches.

If we return to see how Jesus taught his disciples in the parable of the sower, we see that the parable ends with a harvest, or a gathering of the ripened grain. Jesus said:

“This is what the kingdom of God is like. A man scatters seed on the ground. Night and day, whether he sleeps or gets up, the seed sprouts and grows, though he does not know how. All by itself the soil produces grain—first the stalk, then the head, then the full kernel in the head. As soon as the grain is ripe, he puts the sickle to it, because the harvest has come.”

In this parable, we see a picture of sowing seed (sharing the word of God, or the Gospel), then the new plant growing (discipleship), and then finally a harvest. It is this final part of gathering a harvest that I believe points us in the direction of seeing new churches planted.

At a later time, Jesus told Peter that he was the rock upon which he would build his church.

And I tell you that you are Peter, and on this rock I will build my church, and the gates of Hades will not overcome it.

Is this what we see happen? The simple answer is Yes. We even see that the church begins with Peter’s preaching after the disciples had been filled by the Holy Spirit.

Peter replied, “Repent and be baptized, every one of you, in the name of Jesus Christ for the forgiveness of your sins. And you will receive the gift of the Holy Spirit. The promise is for you and your children and for all who are far off—for all whom the Lord our God will call.”

Jesus was aiming in the direction of starting and building his church from these disciples, and that is what we see continued as the disciples continue to move forward in their ministry, carrying on from what they learned from Jesus.

Practice of the new generation of believers

If we skip forward in the book of Acts, I believe that we continue to see a similar pattern. Following the stoning of Stephen in Acts 7, we see that the people of the church in Jerusalem are scattered as persecution breaks out among the believers. At this time, the only ones that didn’t leave Jerusalem were the original apostles, but the rest of the people are now carrying on the movement into Judea, Samaria, and beyond.

Picking up the story in Acts 11, we see that some of the believers are sharing the Gospel among the Jews, and some, following the example of Peter, begin sharing among the Gentiles as well. Many of these people believe, so we see that the leaders bring in Barnabas and Saul who will teach and disciple the people and form a church now in Antioch as a result.

Moving on further to Acts 13, we see that the church in Antioch, inspired by the Holy Spirit, sends out Saul (Paul) and Barnabas for a new work. This new work, as we will see, is to go into new places, and establish new communities of believers, new churches, where the Gospel has not been shared. I’ve previously written on how Paul and Barnabas entered these new places and then went on to make disciples among these new believers.

Then they returned to Lystra, Iconium and Antioch, strengthening the disciples and encouraging them to remain true to the faith. “We must go through many hardships to enter the kingdom of God,” they said. Paul and Barnabas appointed elders for them in each church and, with prayer and fasting, committed them to the Lord, in whom they had put their trust.

So we see that Paul’s practice, following evangelism and discipleship, is to gather the community together and establish churches, presumably according to a pattern that was established prior to Paul being commissioned to go and do his missional work.

Paul taught others to start churches

In Acts, we see that Paul took two more missional trips prior to being arrested in Jerusalem and taken to Rome. In the third trip, Paul seems to change his strategy and begins to train some of the leaders that have been raised up from within the churches that have been started.

In Acts 19, we find Paul in Ephesus where he takes the disciples that he has made and begins teaching them over a period of two years:

Paul entered the synagogue and spoke boldly there for three months, arguing persuasively about the kingdom of God. But some of them became obstinate; they refused to believe and publicly maligned the Way. So Paul left them. He took the disciples with him and had discussions daily in the lecture hall of Tyrannus. This went on for two years, so that all the Jews and Greeks who lived in the province of Asia heard the word of the Lord.

Here, we see that there is an amazing outcome from this time of teaching and training. All of the Jews and Greeks in the province of Asia heard the word of the Lord. Awesome! But there is something further here that isn’t listed directly within this passage. We also see, although not directly within this passage but in other scriptures, a series of churches are established. These are churches in areas where we have no evidence that Paul ever went:

How were these churches established? I think it is reasonable to believe that these disciples that Paul taught not only shared the word of the Lord, but went on to establish these churches, following the same pattern that Paul followed, which was the same pattern that the believers followed before him in Antioch, who followed the pattern set by the apostles, who fulfilled the teaching that Jesus taught. As a result, I believe that the Biblical pattern is to not only evangelize and make disciples, but to establish new churches as communities of believers who will be the representation and body of Christ in this area.